Went and saw both my orthodontist and my surgeon last week. I saw the ortho first and he asked my how I felt about my teeth. I told him I was very happy and he said 'well, if we did anything more it would just be tinkering so I think its time to get them off'!!!!!!!!!!!!!!

SO IM GETTING MY BRACES OFF ON THE 8TH OF APRIL!

I can't believe the journey is nearly at an end! The ortho brought Dr Ellis down (the woman who will be eventually fixing my veneers) and they've decided that I'll get a general tidy up, clean and polish at the start of May (just in time for my graduation ball) then they'll be looking into veneers after that! SO EXCITED!

My surgeon was also very pleased and didn't even take an x-ray of me, he said I just have to see him annually now for five years! BEST. NEWS. EVER.
Posted by Beth at Tuesday, March 04, 2014 10 comments:

Energy-wise, i'm completely back to how I was before the surgery. I'm eating pretty much anything (within reason, obviously) and as for swelling i'm not entire sure, some days I definitely feel more puffy than others!

I wish I could see my surgeon but i've got another month to wait before I do. I can't believe that Wednesday marks my two month anniversary!

The only other thing to report is I think my lip is regaining some feeling finally! I've had enough of the dead lip and if I got the feeling back there I would be very very happy. Still completely numb on the left side of my chin only which is strange 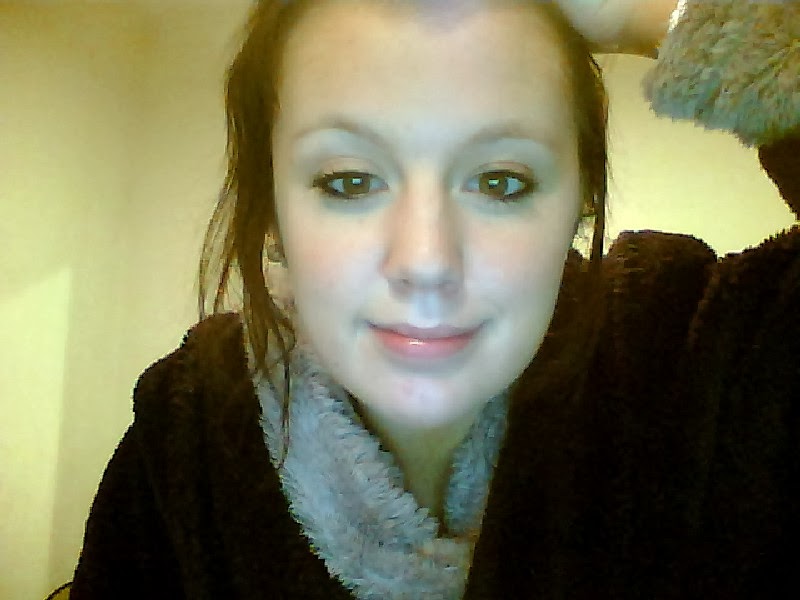 Taken on my webcam. I still have a lopsided smile!

(This was supposed to of published on the 10th! Stupid technology)

I went to my orthodontist yesterday and got the fabulous news that I don't need to wear elastics anymore :D he's really pleased with the way my bite is so I'm back to regular braces again!

I got a few brackets removed and replaced on the right side of my mouth - the brackets have been moved down in order to push the teeth up and make my gumline more straight. He also told me to keep building my chewing up :) I'm so happy! I'm not going back for six weeks so I hope everything holds up while I go back to university! I'm so excited to get my life back! 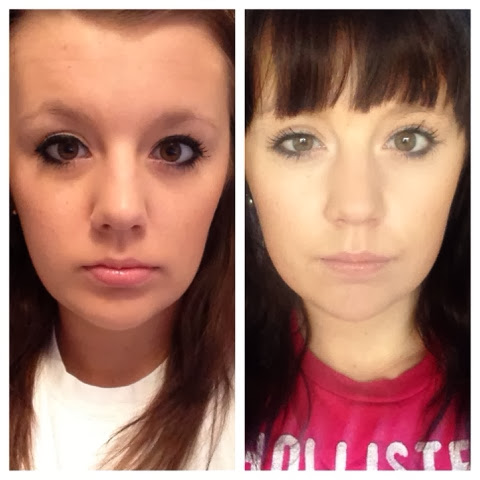 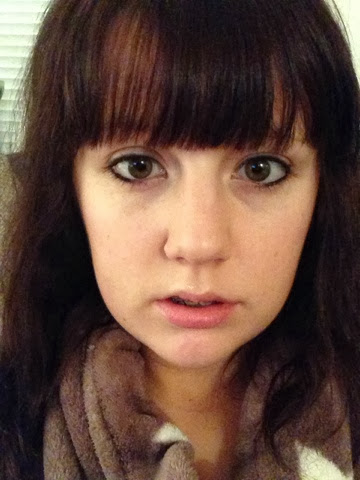 Biting down, relaxed lips - they still don't meet but they're definitely getting there 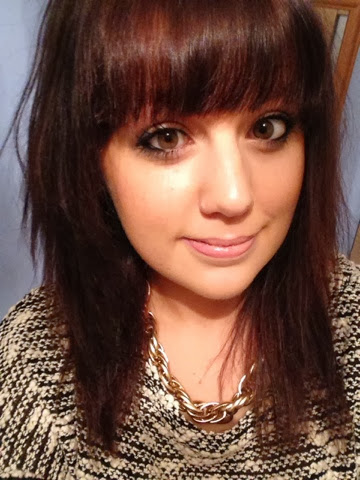 Went for a meal and drinks with my friends last night and had carbonara and cocktails! yum
Posted by Beth at Wednesday, January 15, 2014 1 comment:

Happy new year!
I celebrated by going to a house party with a few friends. We all got very merry and I did no harm to my new face which I was very pleased about!
Eating wise, I've been doing some chewing (but nothing too extreme). I can manage pasta no problem as long as I chop it in half. Anything I realise is too hard once it's gone in my mouth I tend to swallow whole. I can open my mouth two fingers width now.
My numbness has still been exactly the same (bottom lip and upper part of my chin). However tonight when I was eating I kept thinking I had a hair on my lip when I didn't which I'm going to take as a sign! I get a lot of pins and needles in these areas.
I'm still wearing rubber bands at night only but it's really starting to make my teeth sore in the mornings - I'm going to ask my orthodontist about this next week. I also have really bad pain in my teeth when I brush but I think this might be because I bought myself a posh electric toothbrush at the weekend and my mouth isn't used to it yet! Oh and the remaining stitches are really irritating me so I think I'll ask to get them taken out next week as my ortho said he was allowed! 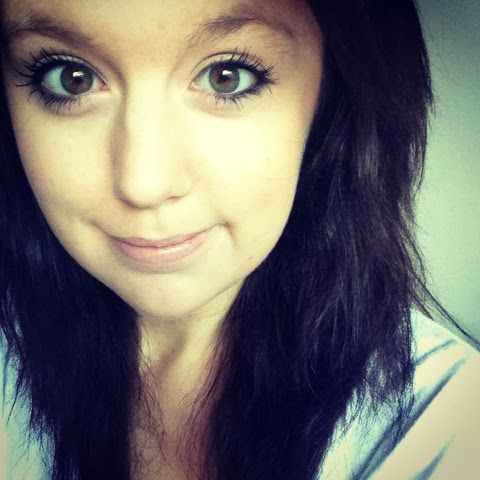 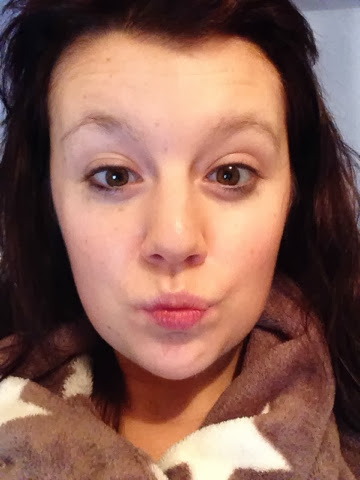 Another ortho appointment today! He said I was still healing well. I was a bit corncerned as I woke up on Christmas Eve morning and - to me at least despite reassurance from my stepdad - my bite had shifted a lot. However, my orthodontist said although it had moved it was by the tiniest bit and I still only have to wear my elastics at night :) I also told him I still feel I look swollen and he was all 'really? I think you look great!' but reassured me that it's only been 4 weeks since the op and there's still plenty of time for swelling to dissipate.
In regards to my treatment the next step is to reposition some brackets on my top teeth so they're moved up, which will make the gumline more aesthetically pleasing. When he was talking about this he was saying 'final tooth positions' a lot which makes me think I could have these braces off soon! I was too scared to ask though in case I was dissapointed with the answer! I'm going to ask next time (in two weeks) and as long as he says we're still on track for June I'll be very happy! also said he'd talk to the dentist concerned with my veneers (see my previous posts if you have no idea what I'm on about) to see what is going to happen after the braces come off.
I'll do eating updates etc on my one month post op blog on Sunday!
Posted by Beth at Friday, December 27, 2013 1 comment:

I've just got back from an ortho appointment. It took an hour! I told him the hooks were digging into my lips and now I'm getting some feeling back they were quite painful. So he tried to cut them off without removing my archwire or any of my modules which didn't work. He then took the archwires out and I lost about 5 brackets including one composite! So he had to fashion me half a new tooth with composite, cure that, then replace 5 brackets. He thinks they've probably been loose since the surgery. I got a new softer wire for my bottom teeth and my orthodontist said we can start focusing on getting my teeth really straight for the final result now! So I'm experiencing the old adjustment toothache that I haven't had for a while.
Moving on to my bite he's really happy with how I'm doing. Apparently I've shifted half a mm to the right but he said it actually looks better that way as my chin is central rather than my teeth (if that makes sense). It doesn't bother me at all that my midlines are off and the orthodontist doesn't seem to mind either so I'm not going to worry about it.
In other news, I've been upgraded to only wearing elastics at night! I've also been given less tight ones which you can see below. Also I'M ALLOWED TO START CHEWING!!!!!! Obviously I've got to start with really soft stuff but I'm over the moon because I can start expanding on what food I eat and I don't have to purée my christmas dinner next week! 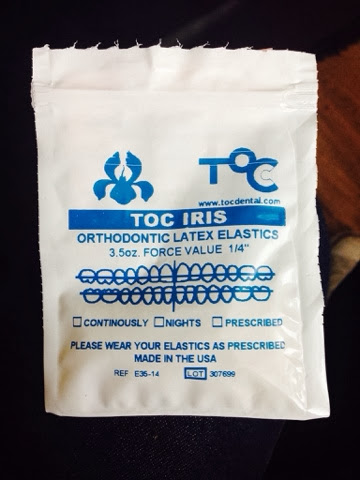 New elastics - my old ones had a 4oz force 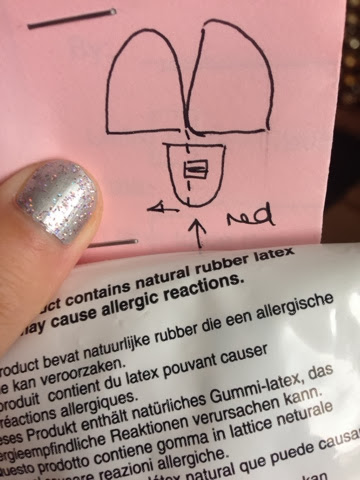 Diagram which shows how my teeth should stay - if the bottom starts veering left I should wear the elastics more. Unless that happens I wear two on the left side and one on the right nightly.
Posted by Beth at Friday, December 20, 2013 No comments:

Some stuff to report in the last 10 days:

No changes - i'm still on soft food. Was supposed to ask my surgeon yesterday when I can start chewing again but I was too distraught about not being able to go out! I'll be asking my orthodontist tomorrow.

I don't need to update on my sleeping anymore as its completely back to normal :)

Again, no more updates on this section as I am medication free! I take two ibuprofen if i'm in pain (rarely)

Before I fell asleep last night my lower lip was tingling for the first time! I was so excited. I still can't feel my upper chin/bottom lip but i'm used to it now. I have tingling/burning sensations around the numb areas 24/7 which is promising. I can also feel the surgical hooks digging into my bottom lip again so the wax is back on which makes my lip look way fatter than it is

And just a quick question: if you're post-op when did you start exercising again? I'll probably leave it until I go back to uni (when I'll be 5 weeks after) and i'm hoping to get back to the gym. Thanks :) 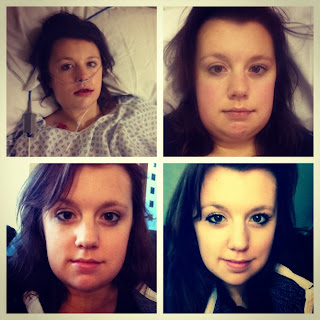 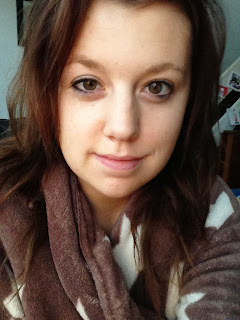 Day 19 (in my dressing gown AGAIN)